Inspiration for Fulfilling the Mind, Body and Soul 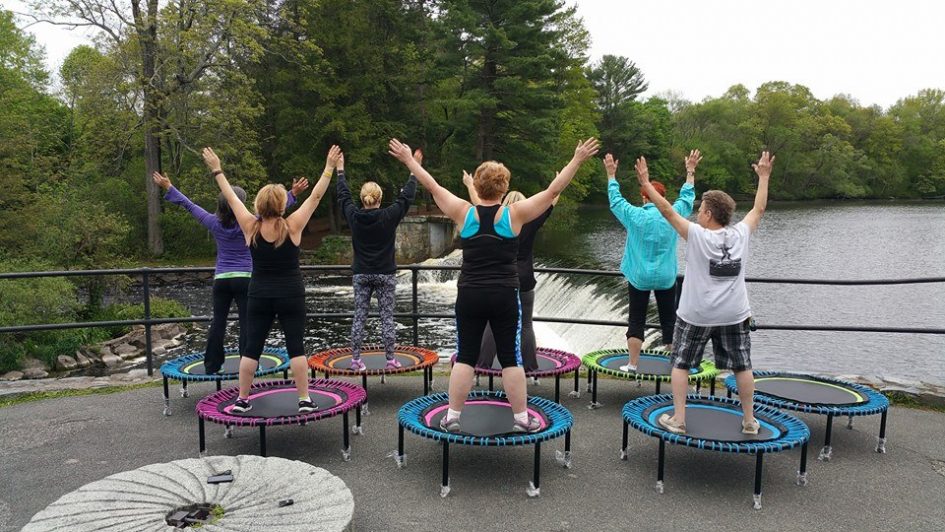 On this episode of My Fulfilled life,  we speak with Joanne of Gravoxy. She runs a health fitness center with rebounding, she also does reiki and massage.

Gravoxy is gravity and oxygen working together to go beyond your typical style of fitness to oxygenate the cells.

It works by using gravity to open up your valves in the lymphatic system using acceleration, deceleration and gravity since the body can’t tell the difference.

In 1911 Albert Einstein said ” if we could somehow line up the 3 forces of acceleration, deceleration and gravity in a vertical plane, we would create the best exercise for the cells of the human body. No exercise met this definition until rebound exercise was developed.”

This is what Joanne is doing, adding the verticle plane to do more than the horizontal plane.

We have more lymph fluid in our body than we do blood. The best way to move this fluid is to pump it around. To stimulate the cells in every part of the body this movement is done through rebounding.

Joanne started as a dancer, dance, tap jazz. She realized that fitness isn’t fun and decided to teach dance on the side.

1991 she opened up her studio and taught at the hospitals as well as children’s fitness along with her studio time.

1995 a man brought a Needak rebounder into the studio and she thought it was no different than her children’s trampoline until she tried it. This is when she wanted to learn more. In 1996 she went to Tampa, Florida to learn more about it with Linda Brooks who was the teacher. Linda encouraged Joanne to take some classes in New Mexico to learn more about the study of prevention and disease. Learning how rebounding can help people stay healthy.  That is when she stopped teaching dance and focused on rebounding to help as many people as she could.

When Joanne was born, she was born with a disease called lymphangioma. It is a lymphatic disorder with fatty tumors and was in the hospital a lot until she was a teenager getting operations on her legs. In 2005 she had plastic surgery on her leg to help with the scar on her thigh. One of the girls used her lip glass and by sat night she didn’t feel good which was odd since she never gets sick. She ended up in the hospital and it turned out to be a flesh-eating disease on her thigh she just had surgery on. The doctors told her that they would have to cut her leg off, or they would have to take a big chuck out to make sure the disease didn’t go systemic and end up in the blood stream where she would die. She told her son to bring her rebounder in and she began doing what is called a “health bounce” to get her valves moving. She could feel the effects and her lymph system was clearing out the body since it was oxygenating the cells to help them become stronger to do their job. She was out of the hospital without the surgery. Joanne states “Without movement, the lymphatic system is not active”. The doctor couldn’t believe it. That was a huge part of her journey and helped her to become even more passionate about rebounding.

Joanne initially started in the advertising business and broadcasting in her family’s business. When her family asked her to make a decision on choosing advertising or dance. She thought about how there was so much competition and blaming within the business. She didn’t like that throat cutting life. She wanted to offer something different than standard fitness.

It was a challenge financially due to personal hurdles, but she kept in a positive energy and vibration. She truly believes things will just come when you need them.

Joanne works with children with autism to help focus as well with posture. She also works with women to empower and motivate them.

Rebounding works whether or not you work out or not. When using with a workout  it helps to prevent muscle soreness.

Unlike regular workouts which has to tear down muscle and then lengthening.  Rebounding takes out the tearing down process and builds on that.

Be careful in the difference between a trampoline and a rebounder. A trampoline can cause nerve damage over time where a rebounder does not.

Some of the benefits of Rebounding are:

How to Find Out More about Joanne and GravoxyFitness

Theme by Anders Noren — Up ↑